Can you put window film on dual pane windows? 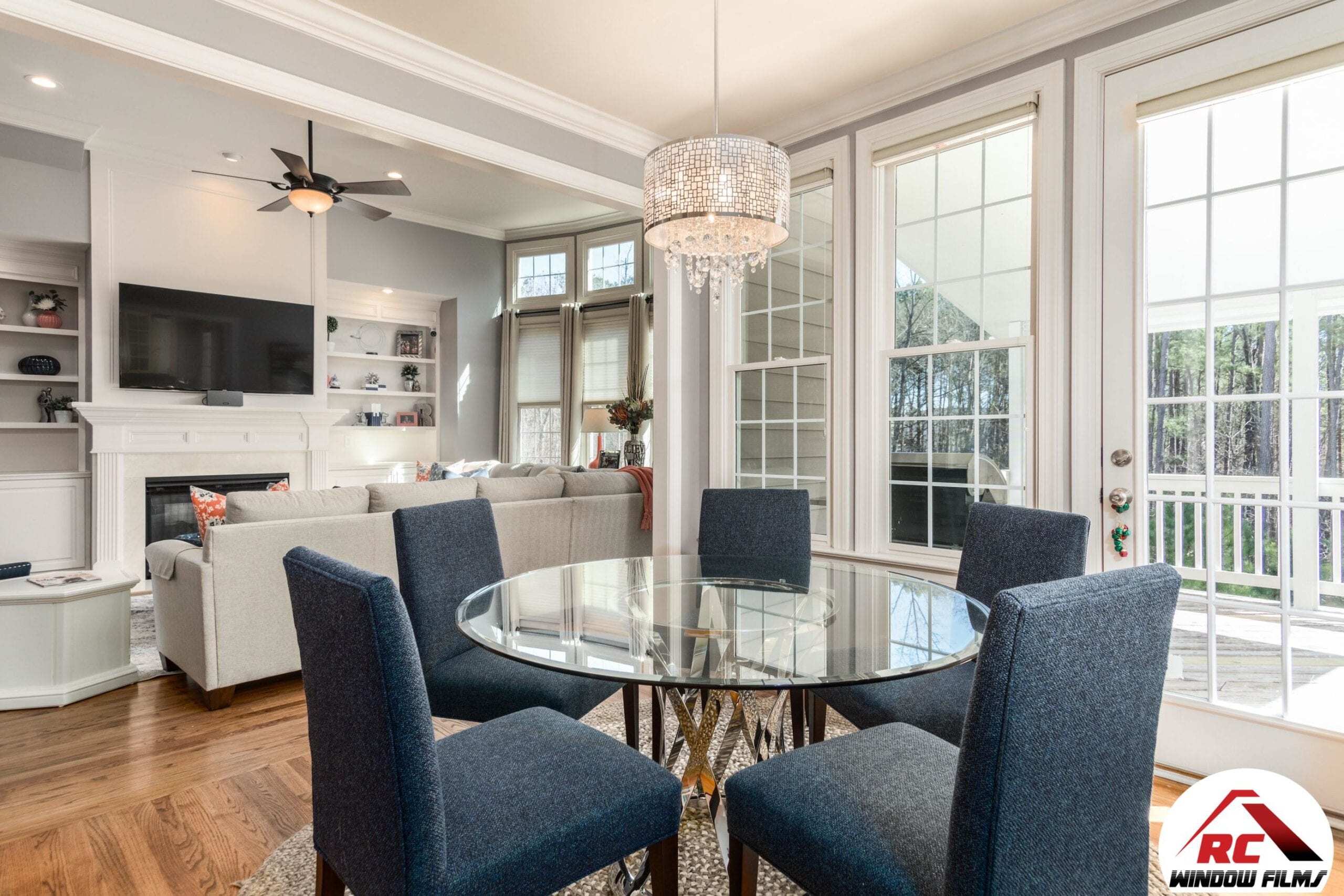 n short, yes. Double-pane windows, insulated glass (IG), otherwise known as dual-pane glass, can have window film applied in both commercial and residential installations. A double-pane glass structure requires an inspection before applying window film. Insulated glass is produced in several variations, so applying film can be tricky and even dangerous if installed on the wrong panel.

A double-pane glass structure requires an inspection before applying window film. Insulated glass is produced in several variations, so applying film can be tricky and even dangerous if installed on the wrong panel.

What is the best film to reduce heat?

The best window film to reduce heat is based on lighting requirements (set by the client) as well as some critical variables that need to be understood before choosing a film.

Here are the variables to understand before applying window film:

What type of glass do you have?

Are you windows double-pane or single-pane?

Do your windows have a low-E Coating?

How Does Low-E Glass work, and should I be worried about applying film?

Low-E Glass windows work the same as window film by reflecting and absorbing the sun’s energy. Its important to not apply window film on the same panel as low-E coatings as it can overheat, causing seal failure and breakage.

The following is a general guideline of what window film manufacturers list as a disclaimer to void warranty or liability if a window film dealer applies window tint to the wrong glass type.

During a consultation, window film dealers are asked by manufacturers to inspect the glass for the conditions mentioned above.

If a window film dealer fails to identify the glass accurately, the warranty extended by the window film manufacturer is null, and void caused by the lack due diligence by the dealer. Unknowing or uninformed clients are often left in the wind if something like glass breakage occurs.

In conclusion, window film can be applied to dual pane windows. It is essential to consider the precautions mentioned above and thoroughly inspect the glass to mitigate the level of risk when using window film on dual pane units, especially those with low-E coatings.

When considering the financials, window film is often the best choice as it is the best bang for your buck in terms of performance as well as cost.

If you have any questions that pertain to dual pane windows and the application of window film, consider reaching out and talking to our friendly staff.