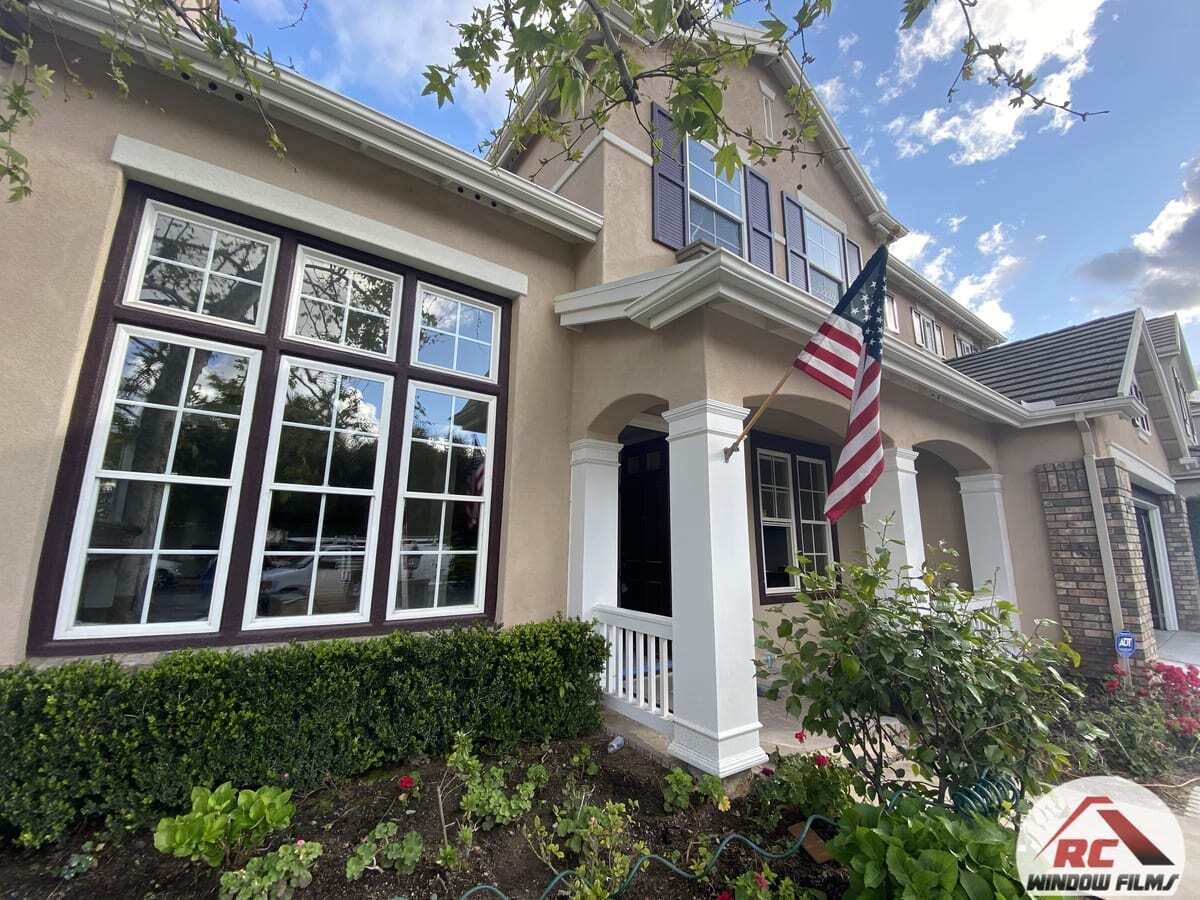 There are many types of tint on the market. Window films can be applied to cars, buildings, houses, and boats. Polyester, dye, and metalized window tints are the most common type of films used today.

However, an increasingly popular option is the use of Ceramic tint. You might ask, “What is a ceramic tint? “

Ultrathin titanium dioxide is most often used in the following applications:

Ceramic window film is a film that blocks out an incredible amount of sun rays. Its prime use has long been for vehicle tints because of its ability to be very light in color. Home ceramic window tinting is a bit different and requires proper glass inspection to select the best tone and the application surface.

What is a ceramic tint?

Ceramic tint is a high-performance window PET. These types of films are known for their high heat rejection, optical clarity, and beautiful color. Ceramic window film stops both UV and IR, and it’s because of its construction it’s able to expel harmful infrared rays and block damaging ultraviolet light.

Knowing the added benefits of window films, we can now move on to the differences between reflective window films and ceramic window films.

Reflective Window tint tends to be the least expensive window film option because of its simple construction, and the raw material is inexpensive compared to the higher performance films like ceramics.

Reflective Window Films are also known as mirrored films because of their mirrored finish and high level of reflectivity. However, if you’re able to overlook the mirrored look, these types of films are very efficient in reducing heat as they reflect a tremendous amount of energy while also being improving privacy. Silver window films are also safe for glass as their absorption rates are meager.

Why is Ceramic Film better for your home or office?

Because other types of films tend to fade over time, they look less attractive with long-term wear. These issues is resolved by the ceramic window film.

Infrared is a wavelength, which is part of the light spectrum produced by the sun/other light forms. This type of electromagnetic radiation is not visible to the naked eye, but it is known to be a ray that causes heat. Ceramic window film blocks up to 90% of IR from penetrating the windows. This leads to a reduction in solar heat, making the interior feel cool.

Ceramic tint prevents approximately 99.99% of UV rays from penetrating the window. Ultraviolet rays are harmful to the skin and can contribute to the development of wrinkles, sun damage, and skin cancer. This is one of the most important health benefits of ceramic films.

Thanks to the technology of manufacturing ceramic films, the amount of reflection and glare caused by this film is significantly reduced, and the science behind it is the ability of ceramic particles to absorb light, prevent penetration and reduce glare.