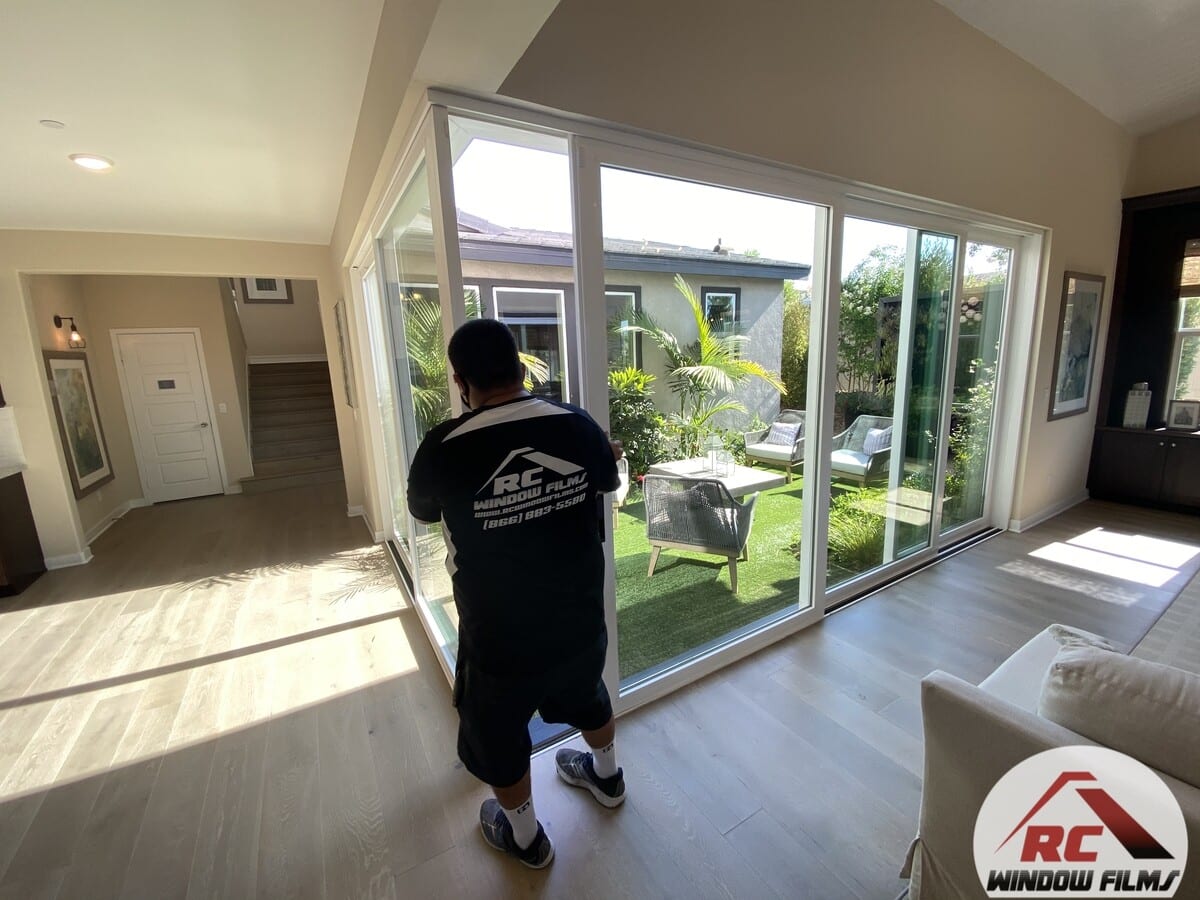 Window films in the past were known to cause seal issues and even cause glass breakage. Now that we know that there are several surfaces and even gases that make up a double pane window, let’s get into the “Why” window film caused issues with dual pane windows.

Nowadays, window film companies work closely with manufacturers and are better educated on the effects of film on the glass. There are industry-specific tools that professionals like RC Window Films use to understand what type of glass you have, whether it’s treated, coated, tempered, and much more. These tools are essential in identifying and understanding what films can be used on your specific windows.

We know that they are most often treated with a Low E coating. This coating is designed to provide better insulation and even reject heat. Gases that are injected in the middle or air space of double pane windows is designed to improve the insulating factor as well as protect the low E coating. The installation of window film depends on the surface that the Low E coating is on. Inspection of the glass is necessary to provide a solution.

Can Window Tint be removed?

Window tint can be removed. The removal of window film can often be a challenge when done incorrectly. Some low-quality films are known to delaminate, causing film layers separate from one another, causing and removal process to be much more difficult. Some companies and manufacturers recommend using adhesive removers to assets in the removal process. Also, some specialized tools must be used when removing window film.

Depending on the application, these are the four tools you need:

Steps when removing the film.

What is the darkest tint percentage?

Percentages of Window film vary significantly between states and jurisdictions when we are discussing Car window tinting. Home window tint; however, there are no limitations or laws forbidding it. This doesn’t mean you won’t upset your neighbors or possibly your homeowners association. Be sure to talk with your landlord, HOA, and or your City ordnance for further questions.

What is security film?

Security window film is a thick film designed to enhance the security of your existing home and office building glass. There are several reasons to have a Security window film installed. Security window film can be used to bring the annelid glass to current to code and regulation standards, prevent glass breakage, reduce the risk of fallout, prevent flying debris from puncturing glass surface, prevent unwanted entry, and even blast mitigation.