What you need to know about home window tinting 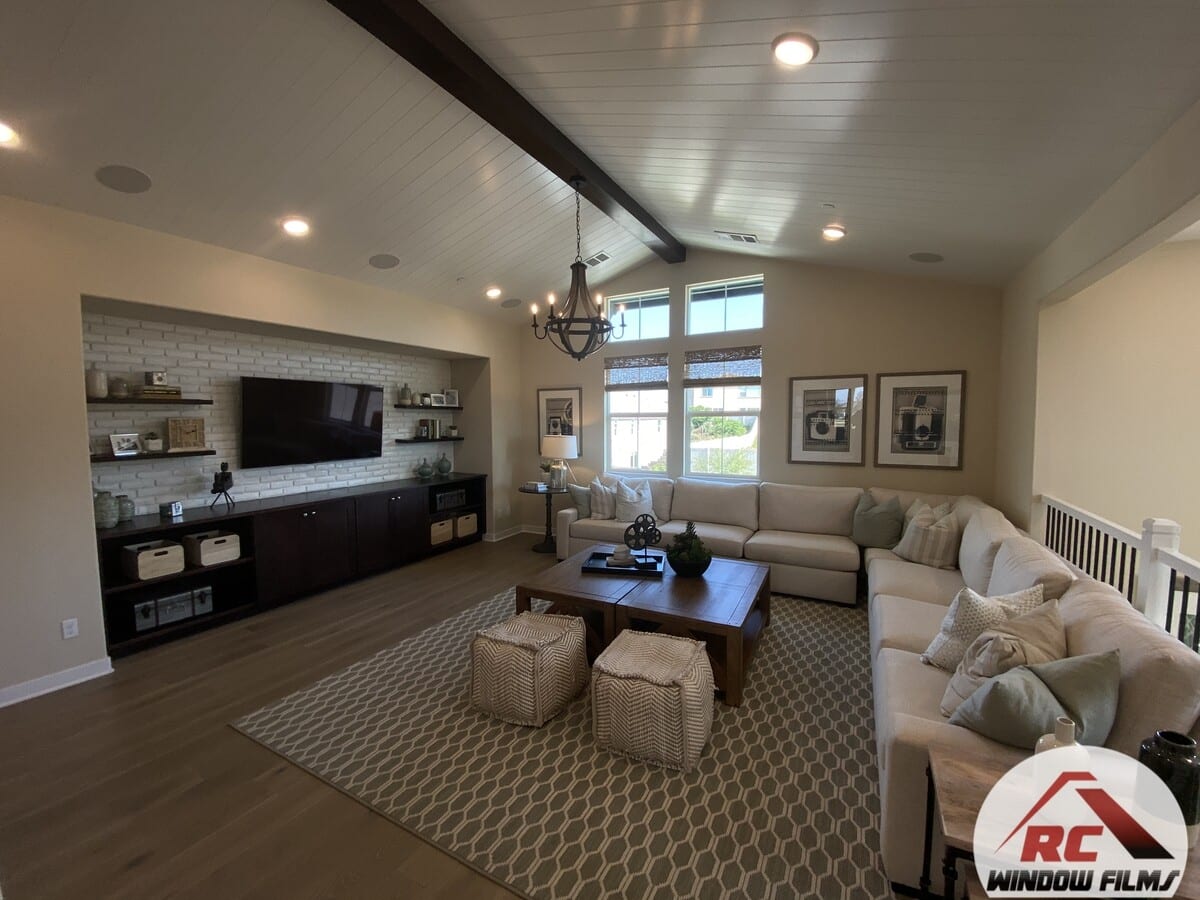 Why tint your home windows?

There are many reasons why people tint their homes. The number one reason is to reduce the total heat gain during the summer months, and for those that live in Winter climates, it’s to insulate their home better and keep the heat in during the winter months.

Home window tinting to reduce heat, does it work?

How to reduce glare in my home?

We are often presented with this very common dilemma. Customers call in requesting to reduce the glare in their home but are hesitant that window film can do the job. Window films have made leaps and bounds within the last 25 years. There are window films on the market today that can reduce 94% of the glare in your home.

How much UV does Home Window tinting film block?

The majority of home window tinting films block out 99.99% of ultraviolet rays. Ultraviolet rays contribute about 40% of the damaging effects that fade furniture, hardwood floors, and personal belongings. Visible light contributes about 25%, and Thermoheat contributes 25% as well. The other 10% that contributes to fading are natural causes not intensified by the sun.

If you’re a homeowner looking to protect your belongings and your family from the damaging effects of ultraviolet lights, almost all films have a 99.99% UV inhibitor injected within the film’s adhesive. This means that most films will protect you and your family.

Because home window tinting sounds increase the reflectivity of your windows, they often provide a substantial amount of privacy during the daytime hours where there is more visible light outside then there is inside of the home. Be aware that during the night time hours, solar control films do not provide the same level of privacy, and you will have to draw your curtains.

Home window tinting to add a decorative flair or your home

Did you know that there are thousands of variations of decorative window films to choose from when considering adding a decorative design for any of your glass windows at home?

Many of these window film designs are made of a frosted type of material that looks like etched or sandblasted glass. However, the benefit of window film is that it can easily be removed replaced or upgraded.

Below is a link to explore the vast options of decorative Window Films.

By applying the security window film, you will have taken one additional step to protect yourself and your family from unwanted Intruders.

Homes near public places are often graffitied or damaged many times. This damage occurs on glass surfaces. Anti-graffiti films are specifically designed to be a sacrificial layer that can easily be removed at a fraction of the cost of replacing the glass. These films are optically transparent you’ve probably walked by them at some point in time in your life without ever knowing that they were there.

When you take the step to apply anti-graffiti films, you are taking a step to protect your assets.

Light redirection Window Films are a prism-like film that redirects light upwards and towards the ceiling to maximize the visible light transmitted by the sun and reduce the energy consumption in commercial and residential buildings.

If you’re looking to reduce your energy consumption and utilize the sun’s energy to its maximum potential, get light redirection window film in Harvest the sun’s natural visible light to brighten up your office or home.

With the ever-growing industry of improved glazing solutions, the advent of low-emissivity coatings energy-efficient windows is doing a better job today than they ever have in the past. However, this improved performance has created a problem. The reflection off of Low-E Windows is causing synthetic materials to melt, such as artificial turf, vinyl fencing, and vinyl siding. Energy-efficient windows have even been known to reflect enough energy at a high enough intensity to burn patio furniture.

Home window tinting can be complicated, but when you hire a professional, these complications are simplified and streamlined. Professional window tinting companies that understand the many variations of glass will help tailor the right film to maximize heat rejection.

These are eight factors to consider when hiring a professional Home Window Tinting Company.

There are several factors a window film professional considers before offering a proposal:

These important factors are crucial in choosing the right film for your particular needs, so beware of those who provide a quote without inspecting the glass in your home.

Many manufacturers require inspections to provide the full warranty offered by dealers within their Network.

Menu
PrevPreviousWhat is the best window tint for homes? Ceramic or Mirrored?
NextCan you put window film on dual pane windows?Next
On Key