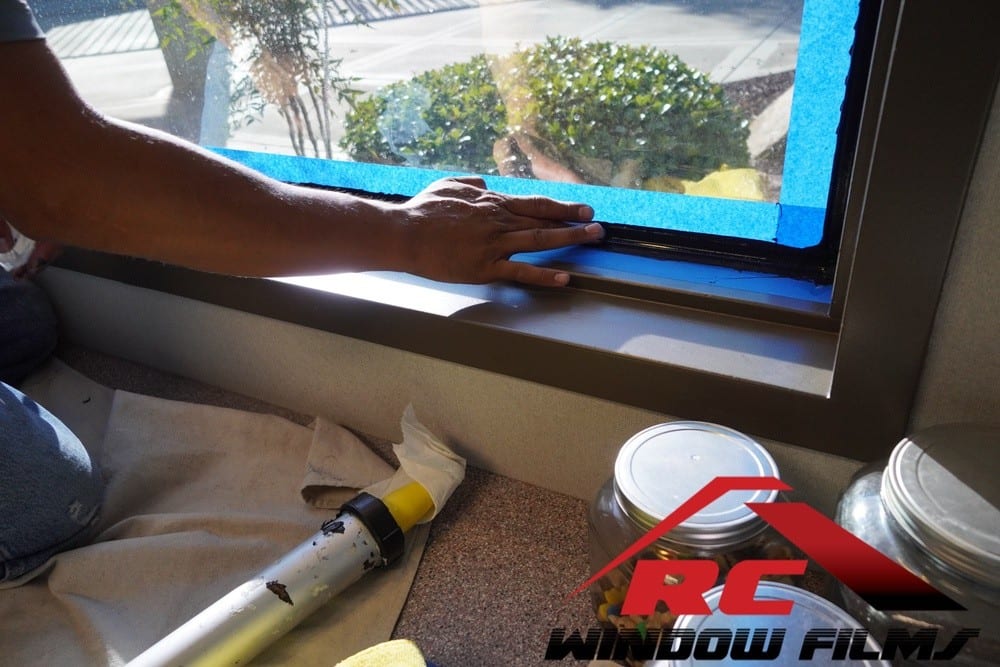 You can invest in solid wood or metal doors and add a bolt to make sure that thieves can’t kick your door and get access. However, if your windows are not very secure, you might as well open the door and invite all the thieves in the neighborhood to come in and help yourself with their things!

Glass windows or doors are a real weakness in terms of protecting your home, and, for obvious reasons, glass breaks easily, allowing access to the interior. You can replace existing windows with a double-glazed panel to strengthen the impact of glass, but this is a rather expensive compromise. An economical alternative is to apply the window safety film to your existing window.

What is a safety & Security film for windows?

Safety & Security Film for windows consists of one or more layers of polyester film, laminated with special acrylic adhesives — thickness range from 4 thousand (100 microns) to 14 thousand (350 microns) or more. In general, thicker films are stronger, more resistant, and durable.

For most applications, 8 mils or 14 mils is generally a go-to option. Most safety films can support up to 400 pounds, manufacturers say. The cost of SolarGard, Madico, or even 3M Ultra for each of their ultra-safe and the secure, transparent film is usually $12 to $18 per square foot installed. Depending on the complexity and structural sealant desired or specified, the price can increase between $2 – $4 a square foot for an attachment system. An attachment system for security window film is necessary, attachment systems attach film to the frame of the window; it’s applied to strengthen and re-enforce the application.

How effective are safety and security window films in preventing theft?

When the safety window film strengthens the window, it can delay or even prevent theft. Fragmentation of the glass will/can occur. Still, window film holds the fragments caused during breakage, further strengthing glass, and restricting easy access; often, this allows enough time for police and first responders to arrive.

It’s important to remember that reinforcing your windows with safety film will not make your windows impervious to breakage. However, Safety film will delay entry significantly, and pairing window film with other security measures, such as cameras and alarm systems, only further mitigates and discourages intruders.

All in all, if your interested in an aesthetically appealing and viable and practical solution in reinforcing your windows and further securing your home, office or building security window film is an ideal solution for many.