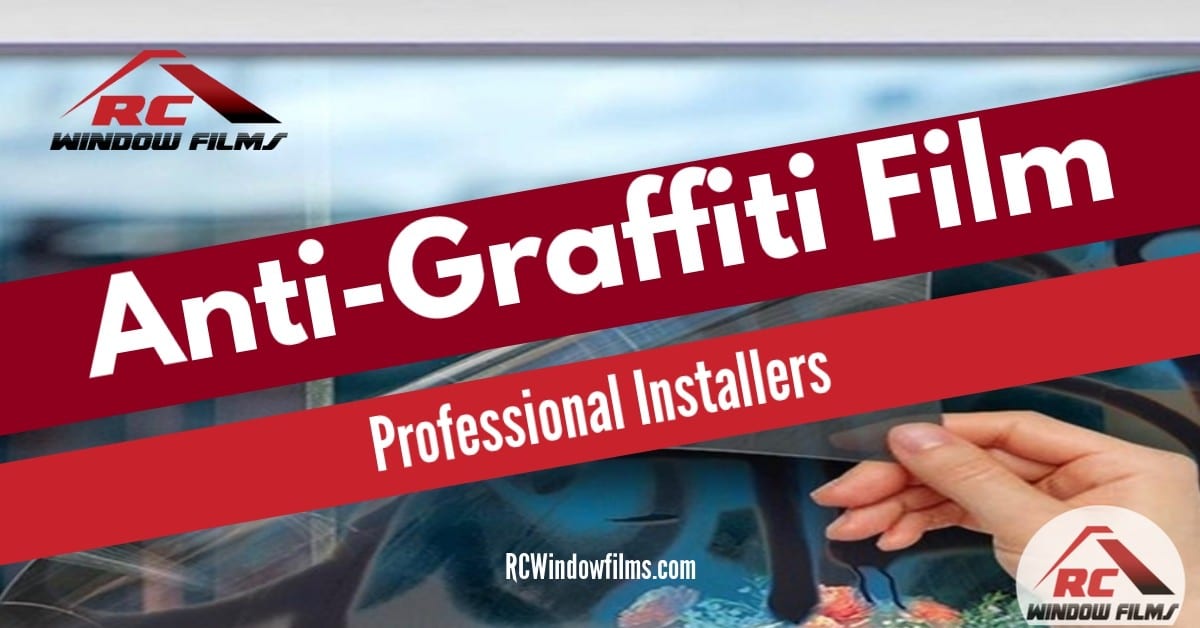 Anti-Graffiti film – How it works?

Anti graffiti film is used to protect glass and other surfaces from damage and graffiti. Exposed glass surfaces in heavily trafficked areas are often susceptible to graffiti and damage. Anti-graffiti film protects against scratches, paints, and acid erosion.

Similar to Solar Control and decorative films, Graffiti Window Film provides 99% UV protection and helps to prevent fading. Graffiti film increases the strength of glass since it’s a relatively thick film. However, it should not be confused with a security window film (Click here to learn more about Security film). Graffiti film is 100% Optically clear and does not interfere with the appearance or aesthetics of glass in space.

Graffiti protection films for all types of Surfaces

The Anti-Graffiti film provides graffiti protection 24 hours a day, seven days a week, as knowing when vandals will strike is often unknown. Glass is not the only surface that the taggers hit, Aluminum and stainless steel surfaces are also targeted, causing damage that is often very expensive to repair. We here at RC Window Films have access to some of the most advanced products on the market to protect stainless steel, Aluminum, and even Mirror finishes. Our low-cost, effective solutions are ideal for businesses, municipalities, government buildings, offices, and even homes.

As mentioned above, Anti-Graffiti films are ideal for high-traffic areas, such as mirrors, bus stations, gas stations, and more; these are areas often endured massive amounts of wear. The United States spends about 12 billion dollars a year on graffiti removal costs, and this number is steadily increasing. Anti-Graffiti film is designed to be easily removed and replaced at a much lower price than replacing the glass.

Graffiti Shield is a specific type of graffiti film that can be applied to aluminum and steel surfaces and even non-porous surfaces. Graffiti Shield is a thin coating that can be installed to create an original, clean surface appearance, whether stainless steel, brushed Aluminum, or brushed gold. It’s great if the elevator or other surfaces even if they are already scratched. Like standard Graffiti film, Graffiti shield is designed to be removed and replaced at a much lower cost than repair.

Graffiti Shield is available in other options, such as mirror shield, Aluminum, stainless steel, it’s also available in various thicknesses. All these products will prevent scratches and general wear. Lifts, escalators, and vending machines are the perfect place to apply metal shielding. Call RC Window films today for a free on-site consultation.